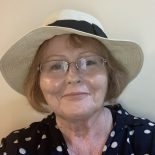 Misery in the Ballroom – Another problem for Brighton’s Regency Housekeeper

Mrs Finnegan – purveyor of wisdom and SAGE of the serving classes – is housekeeper at The Regency Town House in Brunswick Square, Brighton.

SINCE THE BALL on Saturday I have not been able to stop crying.

Nothing Mama says brings the smallest smithereen of comfort. It would never have happened if she hadn’t insisted that the GREEN dress suited me so well.

When Malcolm entered the ballroom I naturally wanted to catch his eye as we had danced together (once) last month. My friend Edith was wearing white and wanted me to sit next to her. It could have worked to my advantage but alas! the only place we could sit was on a BLUE sofa.

Imagine my horror. Everyone knows blue and green should not be seen while wretched white goes with absolutely anything.

Malcolm didn’t ask me to dance which proves I must have looked dreadful. I was so pained I could hardly bring myself to turn in Edith’s direction, let alone speak to her.

She keeps writing to ask what she’s done wrong, as if she doesn’t know.
Miserable Millicent

Malcolm didn’t dance with you for one of three reasons:
He didn’t see you
His card was ALREADY full
He didn’t want to dance with a GIRL with a sullen face .

I PROMISE it had nothing to do with your green DRESS or the BLUE sofa.
Dry your eyes and STOP finding someone to blame. There are a lot more Malcolms on the Marriage Market.

I think green and blue go rather well together.

Yours sincerely
The colourful Mrs Finnegan

A number of readers have written offering “advice”.

Thank you, but I have NO need of it.  I am neither lacking in experience as some SEEM to assume – I’ve seen off many admirers in my day – nor slow-witted enough to be bamboozled.

Mistress N of B-on-T if you insist on saying I am making this up as I go ALONG, grant me the GREAT boon of dis-subscribe-tation and remove your name from my LOYAL list of  followers. (Others scroll down to the end to see how you can join.)

Turning NOW to recent happenings, Master Owen Merryweather Talbot paid a call after STROLLING through Brunswick Square on one of those GOLDEN September afternoons when the airs sparkles like Orange Blossom water. Or how I imagine it SPARKLES when poured into a glass. I have a recipe for it, but don’t know where orange blossom can be had.

Merry was much taken with Dan Dapper’s dog who sits outside his master’s house every afternoon, much to the DELIGHT of the other residents.

The NEXT afternoon Merry called again and insisted that we take the air together in the square. I would have said no, but my baking was done and my hair NEWLY brushed, so I took off my apron and put on my shawl as there was a lemon NIP in the air.

Brute was in his usual place until Mister Dapper appeared on his doorstep. All he did was click his fingers once and the dog was by his side with the look of UNDYING devotion. A little like this but with a LOT more hair.

Merry indulged in an enthusiastically convivial conversation with Mr Dapper’s stable boy and TOLD ME afterwards that I was in ERROR. The dog’s name was not Brute but Brutus, after a famous Greek philosopher Merry says. It makes me think more fondly of Mister Dapper and the dog certainly has a GENERAL air of moral superiority.

There is not much else to report. As weeks go, this one WENT. Mrs Hankey said the pork was tough on Monday, the beef too PINK on Tuesday. On Wednesday she announced that her second best petticoat was lost (Sissy found it underneath the third mattress stained with red wine) and on Thursday the Mistress complained the newly POLISHED silver was so bright it gave her headaches.

I am still working on my list of questions for Master Peregrine to ask applicants seeking the POST of housekeeper in his establishment. I wonder if 102 is too many. I also wonder if housekeeper is the right title when no OTHER servants are retained and she really has to be maid of all work.

I said as much to Merry who smiled and SAID that was exactly the situation I was in, the only difference was that I had nine year old Sissy to help.

We’ve never had a full complement of staff since I took up my position here two and a half years ago. It’s SOMETHING to think about.

A roar from the Square disrupted my ruminations. It was as THUNDEROUS as cattle on cobbles and as piercing as a darning needle. Brutus was missing.

Men ran to and fro, children WAILED for their lost friend and on the steps of Number 60 Brunswick Square stood Dan Dapper. His scowling face was as DARK as marsh water.

I remember thinking I wouldn’t want to meet him in a crowded church, never mind a shadowy lane.

The poor, dear dog had VANISHED.

The Chronicles of Mrs Finnegan are a regular feature written by Bridget Whelan working with a host of wonderful volunteers at The Regency Town House.

ARE YOU AWARE THAT A SPECIAL MESSENGER SERVICE can deliver every episode of The Finnegan Chronicles your ebox?
The cost?
A MAGNIFICENT NOTHING!
All that is required is that you click HERE
An offer to match the September sunshine….

This entry was posted on September 20, 2022 by bridget whelan in Mrs Finnegen ADVICE from the 1830 and tagged green and blue, missing, problems at the ballroom.